On our ongoing Road To Essen coverage, we take you through more of the most exciting games of the world’s largest board games convention.

Pre-digested in an alien stomach by Calvin Wong

So, You’ve Been Eaten

So, you’ve been eaten. Don’t worry, this is simply an occupational hazard. No reason to panic, we are here to help you deal with the physical and mental challenges of being eaten.

From the designer of the Tiny Epic series, So, You’ve Been Eaten sets a Miner and a Beast against each other. The Miner is trying to harvest crystals from inside the Beast’s body while the Beast is trying to develop immune responses and digest the miner with bacteria.

Of course, there’s always the possibility that the Miner will simply pass through the Beast’s system, and then the player with the most points wins!

So, You’ve Been Eaten will be available to purchase soon. 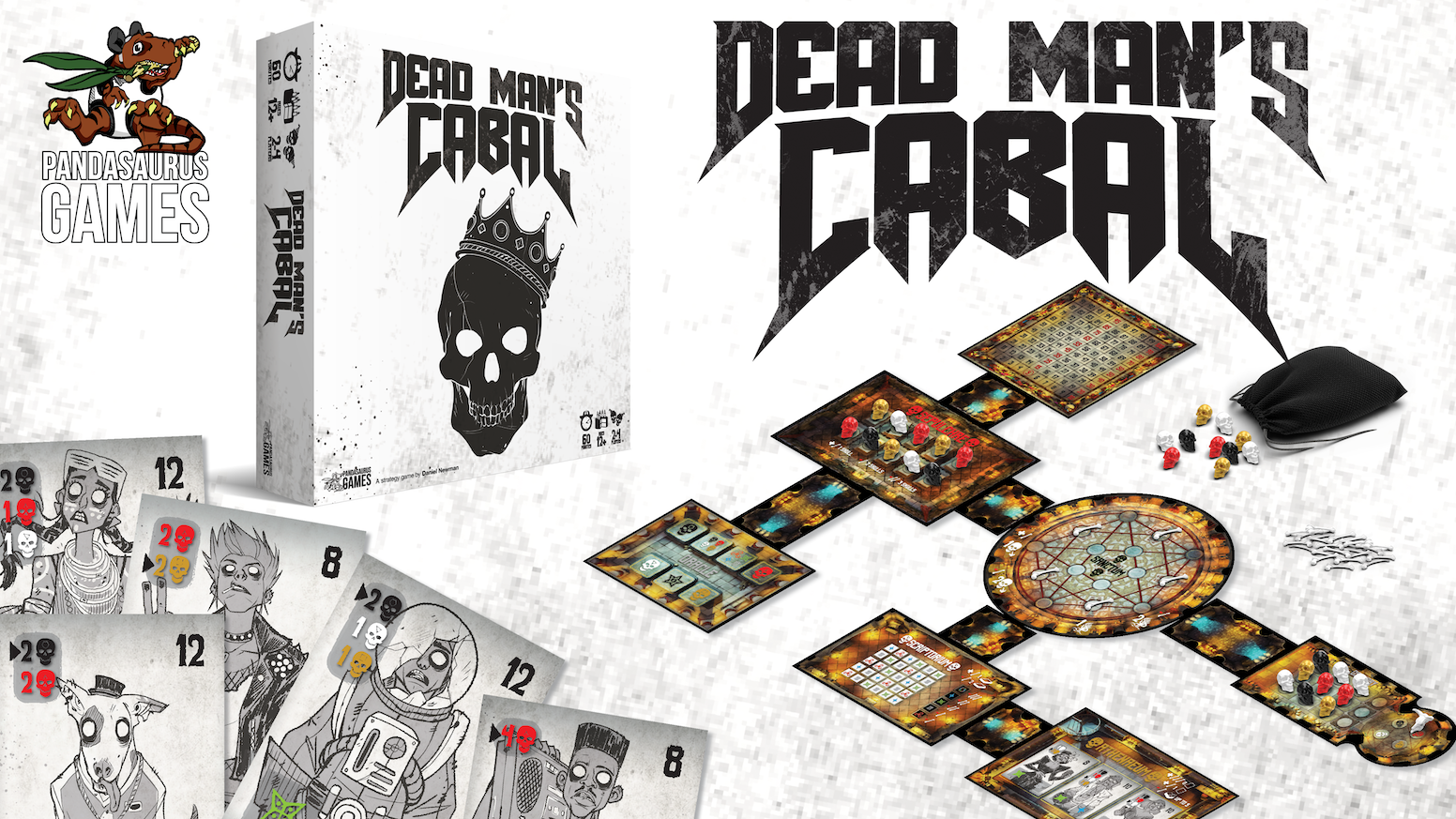 Who needs friends when you can make them?

In this spooky board game of ritualistic summoning and dinner parties, compete to bring the dead back to life so that you can throw a party with actual, you know, guests.

Dead Man’s Cabal is a clever interplay of action selection that allows players to choose a private action followed by a group action. Collect bodies, crystal skulls, and runes, then bring the dead back to life, triggering the actions in the right order to make sure you aren’t helping your competitors more than yourself. 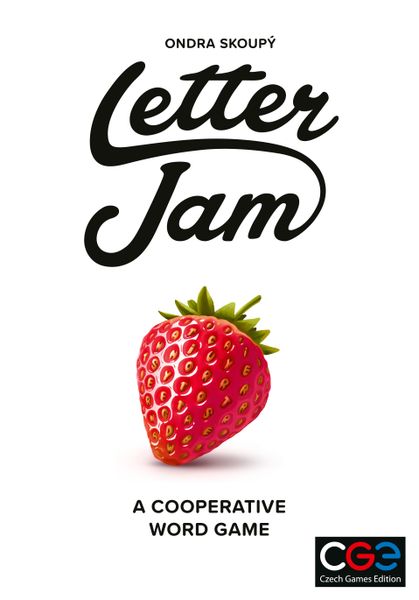 Letter Jam is a game about words where you don’t know what cards you’re holding.

Described as Hanabi meets Scrabble, players are dealt a hand of letter cards and must form words with them – but have no idea which cards they’re holding and must be given clues by the other players in order to figure out which letters they’ve got.

Players must then use the clues the other players create to try and deduce which letters they have in front of them.

With customizable difficulty for each player, Letter Jam is a co-operative word game with plenty to bite into. You can buy it right now. 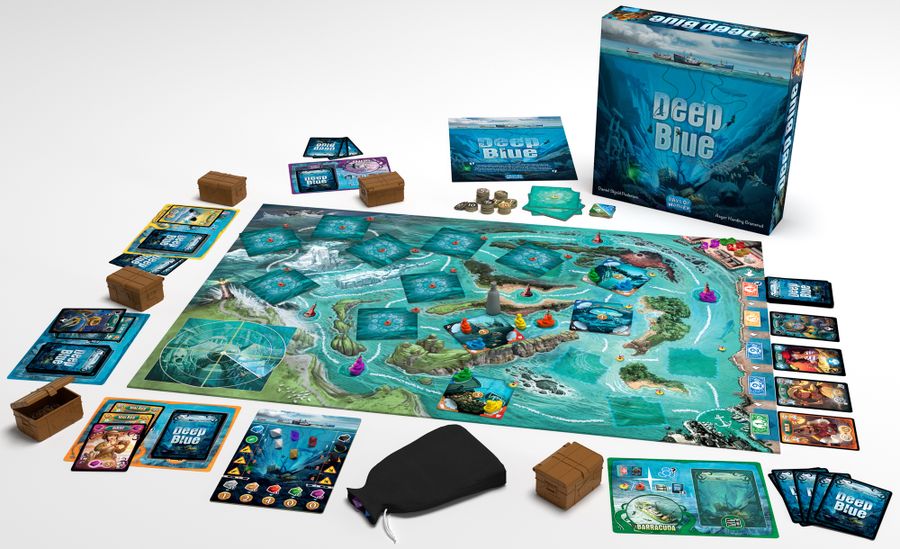 It’s not about a computer; Deep Blue is a push-your-luck diving game from Days of Wonder from the designer of Flamme Rouge and 13 Days: The Cuban Missile Crisis.

Recruit a crew of divers, sailors, and archaeologists, race to wreck sites to claim dive spots, and draw treasure gems from a bag while trying not to go over your O2 limits.

Deep Blue is a press-your-luck and engine-building, family game in which players dive for wealth and may join and benefit from other player’s fortunes.

Buy Deep Blue for a game of risk taking and treasure hunting in the open ocean. 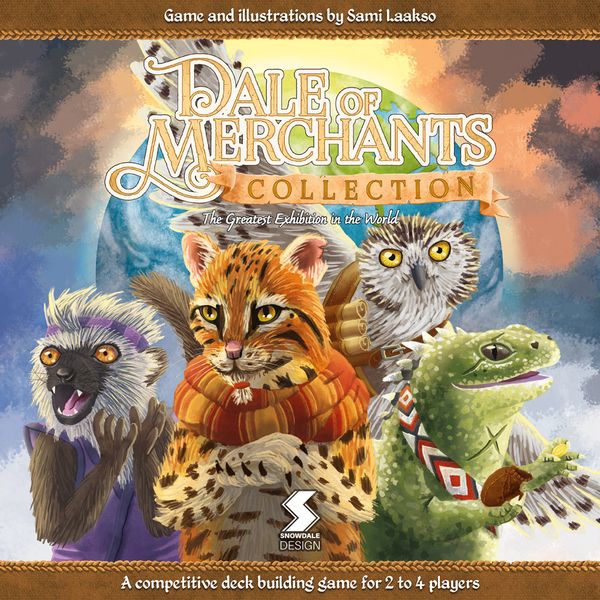 Dale of Merchants is a deck building card game in the style of Dominion that casts players as animal merchants trying to prove their prowess by hiring different species to their cause. Collection adds new animals like Tuataras and Emperor Penguins, and character cards which give each player unique powers.

While Dale of Merchants Collection is not yet available for pre-order, we were so excited to added it to the list anyway. Please feel free to buy the previous Dale of Merchants games, because they are amazing. 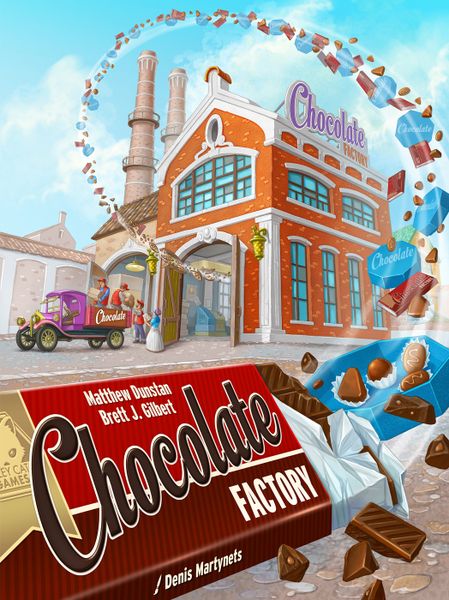 Using a pushable conveyer belt component, you must complete the most chocolate in order to sell them to retailers at the best prices. The game also features wooden chocolate pieces which the player must manipulate as they move through their factory.

Buy Chocolate Factory for a eurogame with great physicality and gorgeous illustration that plays in 90 minutes. 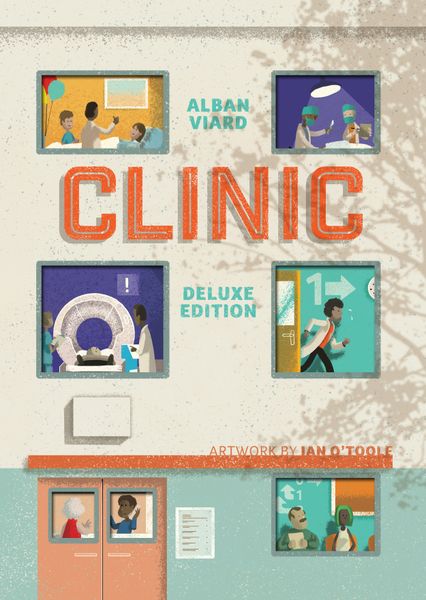 Build the clinic of your dreams, trying to hire doctors, nurses, and maintenance staff, and build new modules, specialized services, and even parking, in order to meet the needs of the patients ailing in pre-admissions.

This is your Clinic! Build it however you like to give patients the care they need, so you can make your Clinic the most popular one in town. A heavy eurogame from the designer of Tramways and the illustrator of Lisboa, Clinic Deluxe gets down to the nitty gritty of running a medical service, and can be pre-ordered here. 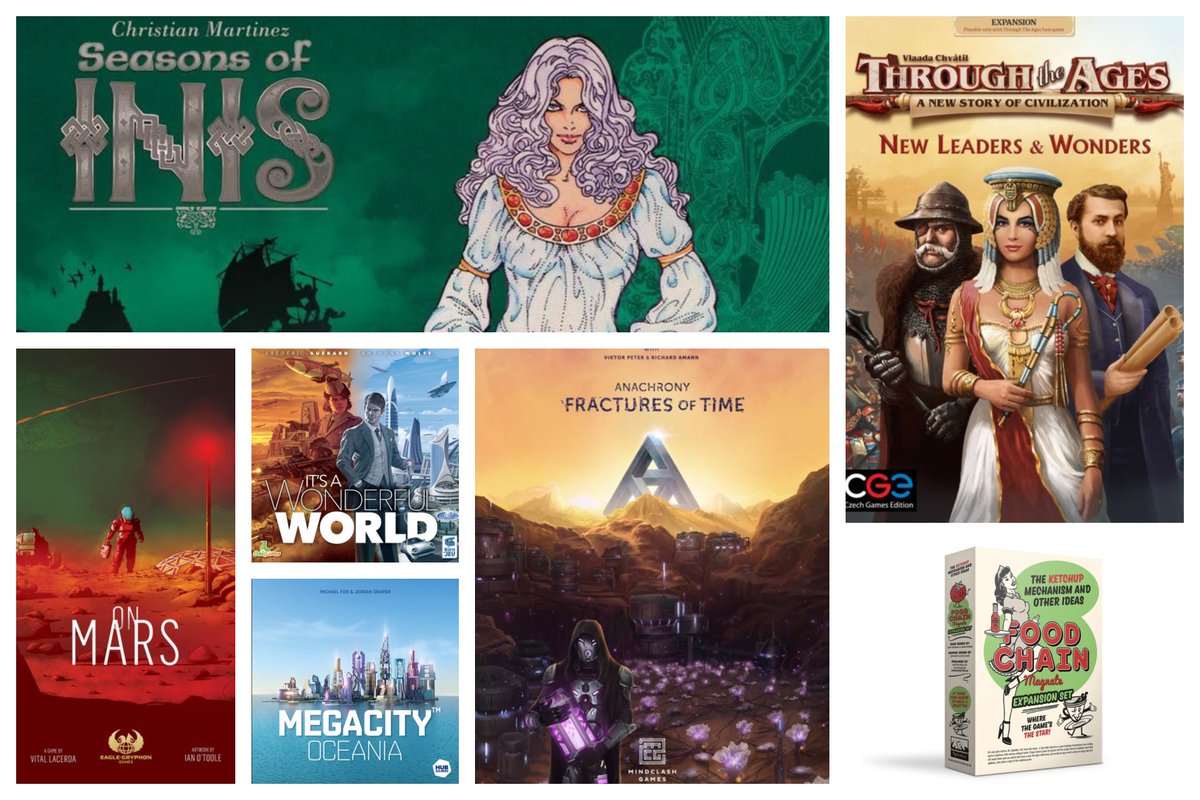 If you missed part 1 of our Essen Preview coverage, you can find it here.  Look out for more of our ongoing Road to Essen coverage right here on BoardGamePrices!